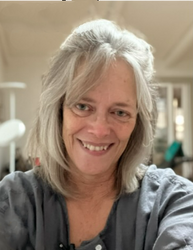 What does "Attachment Styles" mean?

An Essay on Attachment

Attachment Styles and How they Can Affect Our Adult Life

All throughout my life till the time I was diagnosed with PTSD, I never realized that the emotions and feelings I associated myself with had a name. Looking and sifting through them as an adult with a magnifying glass and as a survivor gives me a broader view of these attachments, relations, or lack of relationships thereof.

I would associate myself with the following attachment styles:

Since then I have been working hard to heal myself and slowly transitioning into Secure attachment.

I grew up with a physically violent father and an enabler mother in an environment where I did not see any close relationships which would mimic secure attachment. I was a very anxious and frightened child who was forced to perform and overachieve at school. All my achievements created this persona of an extremely arrogant and proud girl but a good student. The only thing that I honestly cared about was pleasing my father and not being beaten by him. I came across as a girl who just cared about her grades and accolades. Friendships were hard to maintain when you could not discuss what was happening in your home, especially when going to school with bruises was a very common occurrence. I was capable enough to make a few friends but sustaining them took a lot of work due to the constant fear of rejection. I was angry all the time and every little thing that was said in jest was personal. Anger, outbursts, guilt, shame, blame, and doing things like lying to get praise and validation from my father was a constant throughout my childhood.

I never had a big group of friends and was only capable of maintaining one friend at a time. It was easier that way but when I look back now those friends came from very secure backgrounds and probably knew that I needed them to keep me grounded and it was their very innate sense of positivity that sustained the friendship.

As a teenager, I was the worst form of myself. I was anxious, critical, distrustful, emotionally unavailable, angry but at the same time in constant need of validation, somewhat manipulative, clingy and wanted to be noticed by people. I hated myself and wanted to disappear because I was tired of making and sustaining relationships. I couldn’t care less about making friends from when I was 11 years old to 16 years old. I spoke to a lot of people but honestly didn’t care to build any of those relationships. I distrusted a lot, spoke to people who made me happy at that point or flitted like a butterfly to different sets of groups if I didn’t like one set of friends. It was a norm for me. I could not take any rejection. I was angry and outbursts, especially when my father was not around were common.

The change of place during my transition to an adult definitely helped me a bit to form some good friendships and sustain them. But the distrust, the need for validation that I was good enough to be loved, the constant need to move among friends remained. I just could not stay among one group of friends. I was emotionally distant from them but thought that I was the one being wronged. I was probably projecting the push and pull emotion on all my friendships that I had seen my father doing with me all along. I felt betrayed and shamed by them since in my mind they were in the wrong. I completely stopped speaking to some of my friends after an altercation after an outburst from my side which could have been solved amicably. I could not take the blame of any type. I started hating myself at this point and was being very self-critical which probably manifested itself in every aspect of my relationship.

During the above period, I met my future husband and I had to project myself as this very confident person which was not me. Sustaining my friendships as well as the budding relationship with my husband was an overload on my system and I had constant bursts of anger, guilt over it later and I have constantly tried to apologize due to that outburst. I didn’t have any self-worth at this point and the only shining point was my husband. I needed that validation from him and for that, I would do anything. I felt loved but the push and pull reaction between my father and my husband put me in a constant state of anxiety which again put me in a spot where I started questioning the need for any relationship in my life. The only person I was emotionally available to at this point was my husband. The slightest rebuff from him would end up in fights or I would shut down completely.

From my mid 20’s till the time I got my diagnosis I would say that I have shown a mixture of all three avoidant attachment styles – Anxious, Fearful, and Dismissive at the same time. I had a need to prove myself. I turned into the caretaker of my family trying to resolve everyone’s problems even though everyone involved was an adult. I just needed that validation of being the right one, a good person, and loveworthy. I took on the burden and the mantle of my family without being asked. I craved praise, wanted sympathy, and desired acceptance from people in my life. The fear of being rejected and abandoned was a strong sentiment that drove me. As a mom, I have a beautiful relationship with my boys without any expectations. I have neither felt rejected nor looked for validation as a good person when I am with them.

To sum it up, I would say that I have always been capable of making friends and relationships because I have a knack for talking and making people comfortable. Sustaining them for a very long time had always been a problem. The fear of rejection, abandonment, and the worry that I have done something wrong in a relationship always hovers in my mind. I go into a relationship without boundaries and the slightest rebuff sets me back from feeling rejected. The constant thinking and overanalyzing of perceived slights in a relationship was draining me out and was very unhealthy.

I am happy to say that since the time of my diagnosis in 2019, I have been healing and working through a lot of issues. I have been able to form a secure attachment with many people in my life and sustaining those relationships is not as draining as it used to be.

Guest Post Disclaimer: Any and all information shared in this guest blog post is intended for educational and informational purposes only. Nothing in this blog post, nor any content on CPTSDfoundation.org, is a supplement for or supersedes the relationship and direction of your medical or mental health providers. Thoughts, ideas, or opinions expressed by the writer of this guest blog do not necessarily reflect those of CPTSD Foundation. For more information, see our Privacy Policy and Full Disclaimer.